e-Services for Citizens at the Conference IJU 2016

On the 5th and 6th of  December 2016 the Conference “Informatics in Public Administration: The digital transformation of public administration – GaaS” took place at Brdo near Kranj.

Solemn opening speech was held by mr. Niko Schlamberger, President of the Slovenian Society INFORMATIKA, which organized the event, mr. Jurij Bertok from the Ministry of Public Administration and mr. Boris Novak, Director General of Post of Slovenia. The honorary speaker was mr. Boris Koprivnikar, Minister for Public Administration.

Presentations of Government as a Service were held in six different sessions. The organizer of the conference also organized a contest for the best e-services for public administration in the year 2016. In cooperation with local communities City Municipality of Koper and Municipality of Piran, this our public e-services were presented: 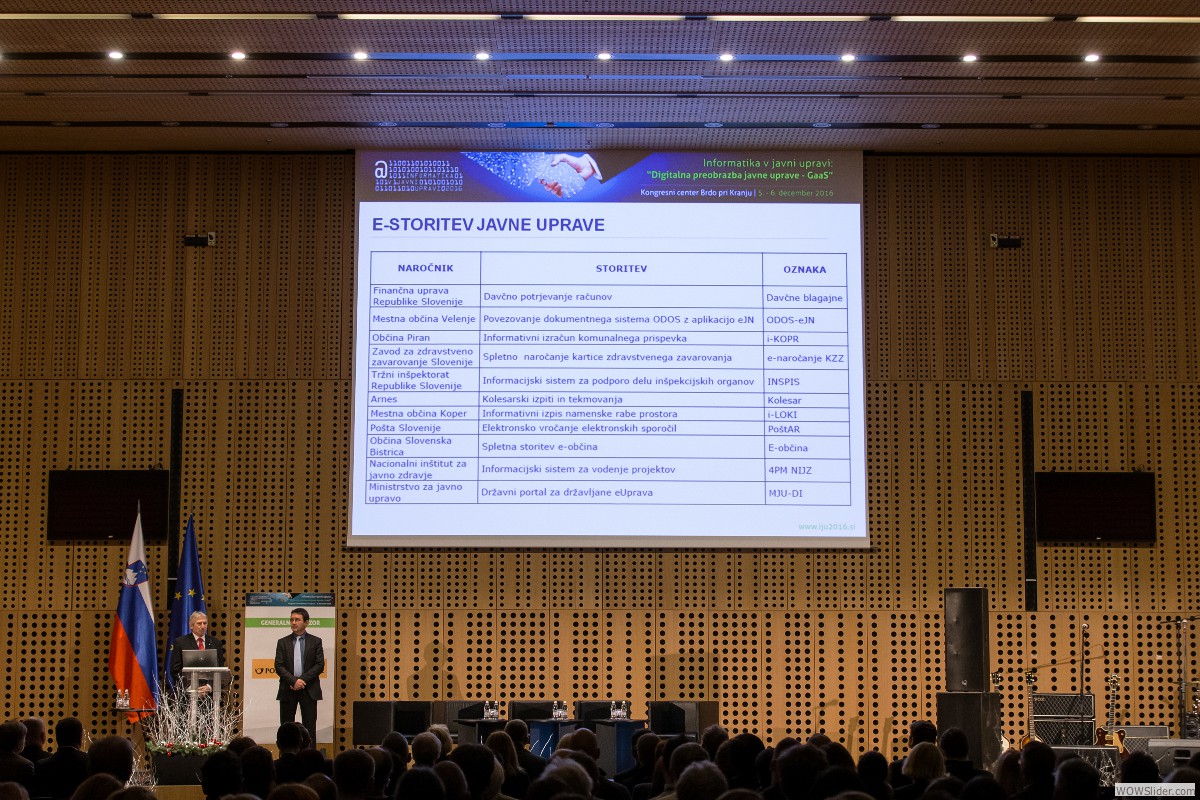 e-Services for Citizens presented on a Conference IJU 2016