In 1993 a link was established between the MARKO operations management system at the Container Terminal of the Port of Koper and the SDISET central system for ordering and recording cargo at the central computer of the Port. The link enabled forwarding external electronic messages by forwarding companies through the central cargo record for customs control and the MARKO operating system for container management directly to portable RF (radiofrequency) computer terminals used by operators of transhipment handling on the field (transtainer, straddle-carrier and container crane operators).

Each confirmation of a performed container movement (loading or unloading) was transmitted in real time via radio communication to the MARKO system and from here to the central computer, where the status of the goods in the customs record is automatically updated and forwarded to the external contracting entity.

In this way the preparation time of the necessary accompanying transport documentation for containers was considerably decreased. Trains and especially trucks carrying containers and exiting the customs zone of the Port of Koper had all the necessary outgoing documents ready. 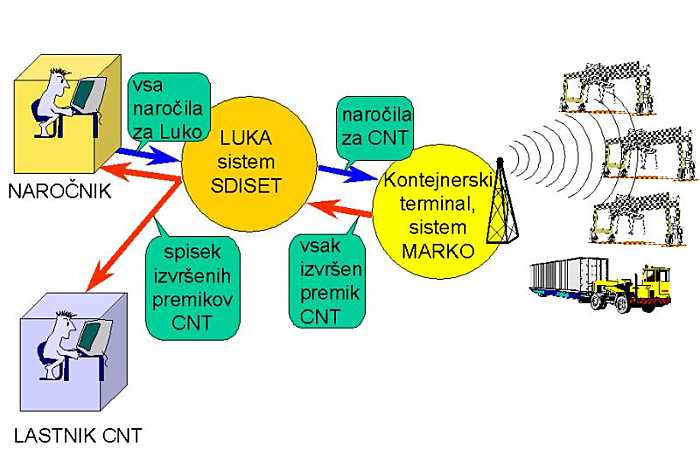